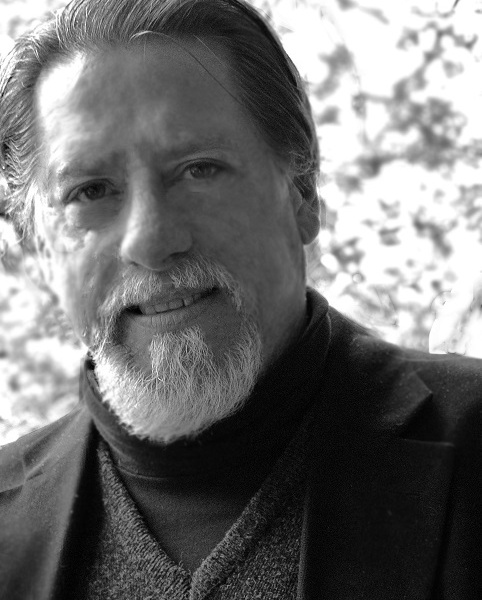 Following a seven-year period spent touring as a pianist, appearances with over fifty orchestras and thirty-five operatic roles as a bass-baritone, Dr. George Skipworth began an international conducting career throughout the U.S., Europe, Ukraine, and Russia. His conducting studies were taken with Jon Robertson and Jose Rambaldi, with coaching from Kurt Masur of the New York Philharmonic, Sergiu Commissiona of New York City Opera and the Baltimore Symphony, and Hentry Holt of Seattle Opera

Skipworth opened the Dublin International Symphonic Festival with Mahler’s Symphony No. 5, in Christ Church Cathedral, premiering another of his works in the same concert, Four Irish Songs for Soprano & Orchestra with soloist Barbara Wester. He conducted four concerts for the Aegean Verdi Festival, including a concert version of Verdi’s Giovanna D’Arco, employing the original alternate libretto, Orietta di Lesbo, used by Verdi for a time. There, with a performance of Rimsky-Korsakov’s Scheherazade, his Isis: Prayer to the Goddessfor two sopranos and orchestra was also presented.

Skipworth made numerous appearances in Italy, including Florence, Arezzo, Montevarcchi, and Petrolo, several with the Academia Dell’Arte. He conducted a tribute concert to the first-responders of 9/11 at the San Benedetto Monastery in the hills of Florence, featuring Beethoven’s ‘Eroica’ Symphony No. 3. While in Italy, he served as the American judge for the Concorso Internazionale Guido D’Arezzo per Compositore. In the Piccolo Teatro of Arezzo, his ballet Caterina de Pazzi was introduced as a tableaux performance with readings of ancient Italian poetry. The full ballet received its premiere soon after at Whitman College in Washington state, with original choreographer Ida Lee Hutson Fish.

In the U.S., Skipworth has served as a Resident Conductor for Tennessee Opera in Nashville, and for California Opera in Fresno. In various capacities as either singer, coach, main-stage pianist or audition pianist, he has worked with numerous national and regional opera companies, from the Metropolitan, NY City, Chicago, San Francisco to Baltimore, Detroit, and Indianapolis.Other American appearances include the Seattle Philharmonic Orchestra (Strauss-Death and Transfiguration), the Nashville Symphony Orchestra (Summer Lights Festival), Opera Memphis, the Germantown Symphony, and the Memphis Sinfonia Rara.

Skipworth’s symphonic poem, Stalingrad-Mamayev Kurgan, was premiered in Los Angeles in 1999, and the Requiem Mass was performed on successive evenings in Baltimore, the second at the Peabody Conservatory, along with The Chicago Songs for bass or baritone. Eight Songs on the Poems of Emily Dickinson was first performed at Syracuse University, and the final trio to Roxane de Bergerac was introduced at the Charleston Heights Arts Center in southern Nevada. A second operatic work, three one-acts, is entitled Three Roads to Waitsburg. Skipworth has created a reduced orchestration for the opera Lakme, which he first conducted with California Opera. Twenty-Four Short Forms & Fugues for Two Piano/Four Hands is in progress.

Dr. Skipworth can be contacted at gfskip3@gmail.com with any questions concerning a specific work.

VOCAL: Eight Songs on Poems of Emily Dickinson (soprano voice) – live performance examples on you tube – I Have Not Told My Garden Yet, Bind Me, Bee! I’m Expecting You, T’is Sunrise Little Maid, He Scanned It, Far from Love, Abraham, T’was My One Glory

Huron Tale, A Northern Monologue – (sop. or mezzo voice, from the “Songs of the Ancients”)

Paidir de Scaradh, A Prayer of Parting (medium or high voice, from the “Songs of the Ancients”)

Valzer, An Encore to End All Encores – (sop. voice, musical references to 26 song and operatic fragments – challenge your audience to name them)

The Chicago Songs – (bass or bass-baritone, 4 Poems of Carl Sandburg)

Cynara – for baritone and piano, poem by E. Dowson

Traditional Service Anthems in Historical Styles: O For A Thousand Tongues, Close Thine Eyes SA, God Be in My Head, Thou Wilt Keep Him in Perfect Peace, For unto Us, Like As the Hart, O Tell Me Where the Dove Has Flown, Set Me as a Seal, Watchman Tell Us of the Night, Ah Holy Jesus, Alleluia, Amen!